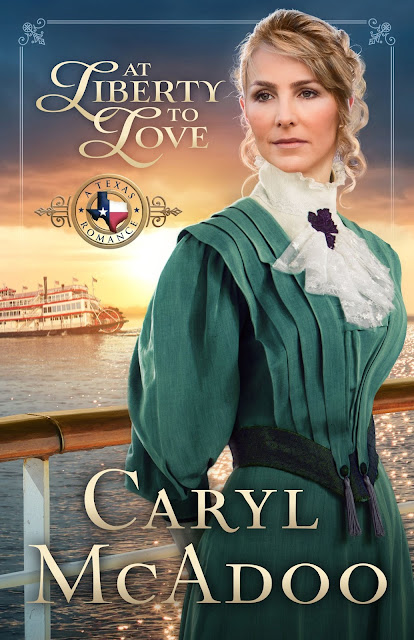 Have you noticed how history repeats itself? In the world...in your families?

It sure has in mine, and it does in the Texas Romance series. And whatever situation is being repeated can come from something good or bad. Good from the examples children grow up with. They've been trained--through watching their parents--to respond to a situation with God and His Word as the determining factor.

Or, as Scripture speaks of how sins of the fathers are visited to the children up to the fourth generations, they respond to the temptation in the same way their ancestors responded, repeating the same mistakes, the same bad choices.

In At Liberty to Love, book seven in the family saga Texas Romance series, the heroine finds herself in exactly the same situation as her mother and responds in much the same way, denying herself and her heart because of what the Good Book says.

I recently had a wonderful Party on Facebook, hosted by Celebrate.Lit, to reveal this cover of At Liberty to Love which debuts May 27th, a little over four weeks away! If you missed it, feast your eyes then go to Amazon where it's available to Pre-Order NOW! :)

You could say it's a mature Christian romance as the heroine is in her forties. She finds herself alone after the Civil War and puredee stubbornness claims the life of her husband, but widowhood isn't completely new to her. The lady grew up with one--her mother, and she watched and saw how best to act through the example her mama lived, surely never dreaming she'd find herself there.

One difference is their age. The former only nineteen when she lost her husband, and the latter forty-one. The mother believes she'll marry again, and the daughter,  just can't see that happening. Another big difference is that the first is pregnant when her husband passes and finds herself the sole caregiver of her orphaned nephew. This widow in At Liberty to Love is barren and alone, so she makes a decision to find and adopt a child to share her life.

It's
Posted by Caryl McAdoo at 2:41 PM No comments: