The Day is finally HERE! 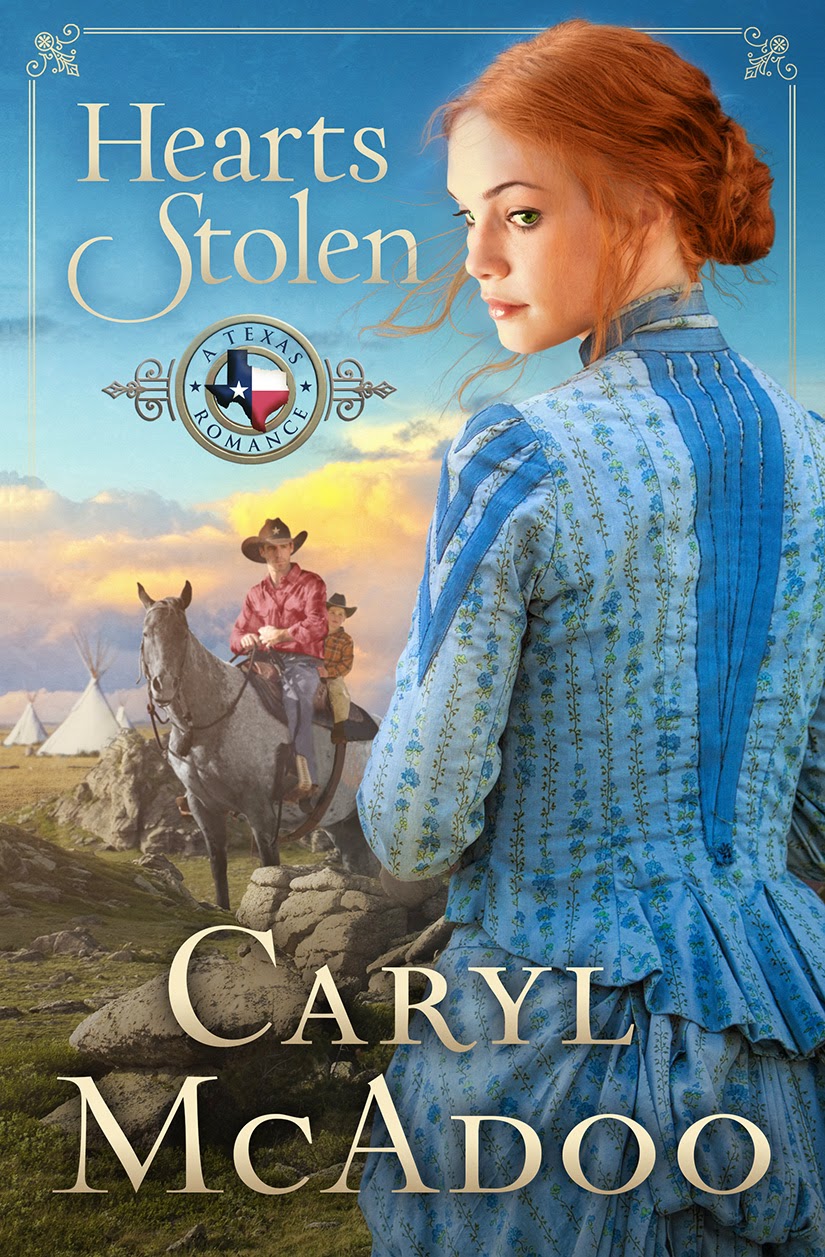 You can buy it here: I LOVE Caryl's Stories!

Though HEARTS STOLEN is # 12, a very special number I might add, it never gets old holding your new book in your hand! I love this story that stars LEVI BARTHOLOMEW BAYLOR. He starts out a Sergeant in the Texas Rangers and is promoted to Captain early in. He fought for Texas independence at the Battle of San Jacinto and when HEARTS STOLEN opens, is serving under President Sam Houston during the years Texas was a Republic.

You might remember Levi from VOW UNBROKEN, book one of my Texas Romances. Orphaned at age five, his Aunt Sue--VOW's heroine--raises him alone, no father figure in his life. That is until Patrick 'Henry' Buckmeyer comes into his life in the fall of 1832, Levi's fourteenth year.

Now, he's twenty-six. The year is 1844, and he is dispatched to pick up stolen white women after the signing of the Treaty of Tehuacana Creek negotiated by Houston with the Comanche Tribes. Levi makes a great hero! I truly think you'll LOVE him! 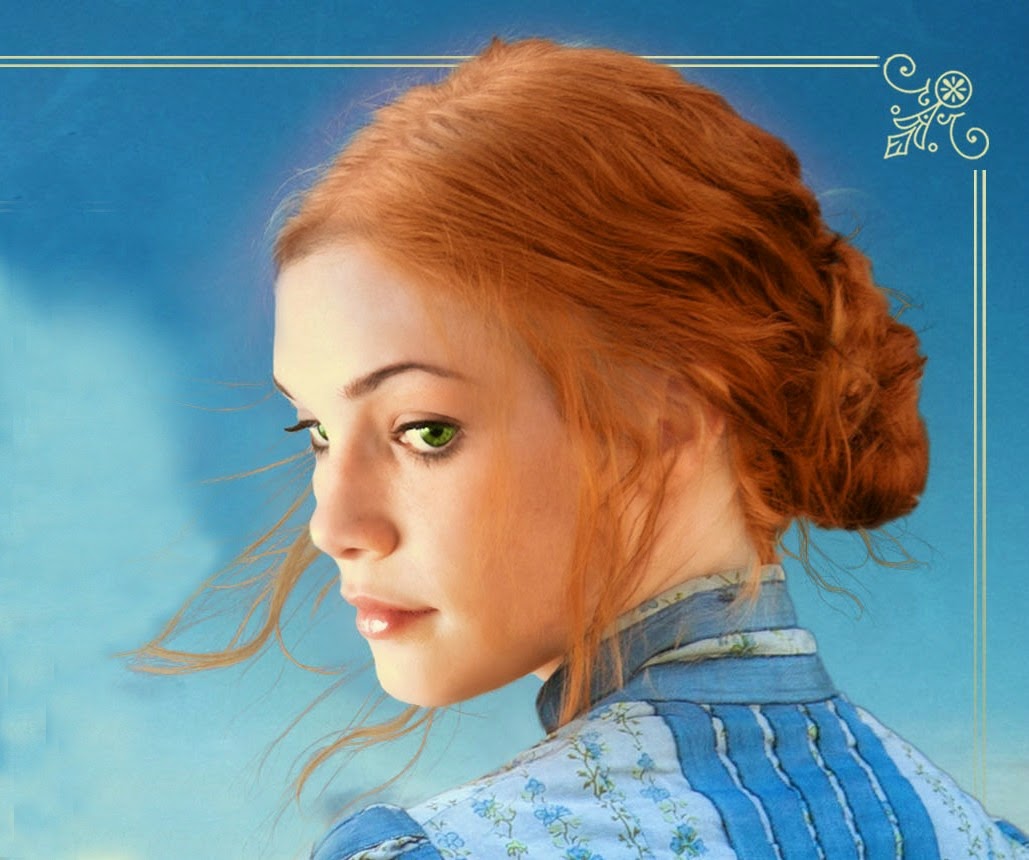 Or buy it here: Amazon

And there's the beautiful Sassy!


Introduced by name only, readers meet Rosaleen 'Sassy' Foglesong in VOW as one of nine-year-old Rebecca's playmates. When she diappears in HEARTS STOLEN, Rebecca writes a letter to her Ranger brother-cousin asking him to keep an eye out for the beautiful Sassy.

Her life's row has certainly been tough to hoe, but hasn't spoiled her faith and her hope in the Lord. She has a son to live for after all--Charley Nightengale named after his father Charles but born in the captivity of the Comanche Chief Bold Eagle, and the People are all he has known in his four years. Charley steals many scenes, The little darlin' is all boy and comes up with plenty of shenanigans!

Major/minor characters include Wallace Rusk, Levi's sidekick, who is a strong and lovable character; Laura Langley, one of the youngest women rescued by Levi's detachment is big and pregnant and an uneducated, sympathetic character readers will surely be cheering for.

And of course, those who loved VOW will be very pleased to reunite with the Buckmeyers, Uncle Henry and Aunt Sue along with meeting all the little Buckmeyer ladies born these last twelve years for the first time.

Oh I hope you buy it here on DEBUT DAY

Writing this novel required a lot of research which I thoroughly enjoyed. In 1844, life in Texas seemed way too rough for my liking, but it certainly tested the grit of those brave enough to carve out their place in the history of the great Lone Star State! The more time I spend with the Baylors and Buckmeyers, the more I love them. And now readers are introduced to the Nightengales. 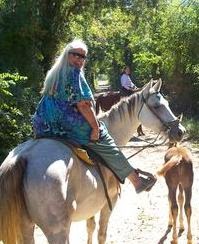 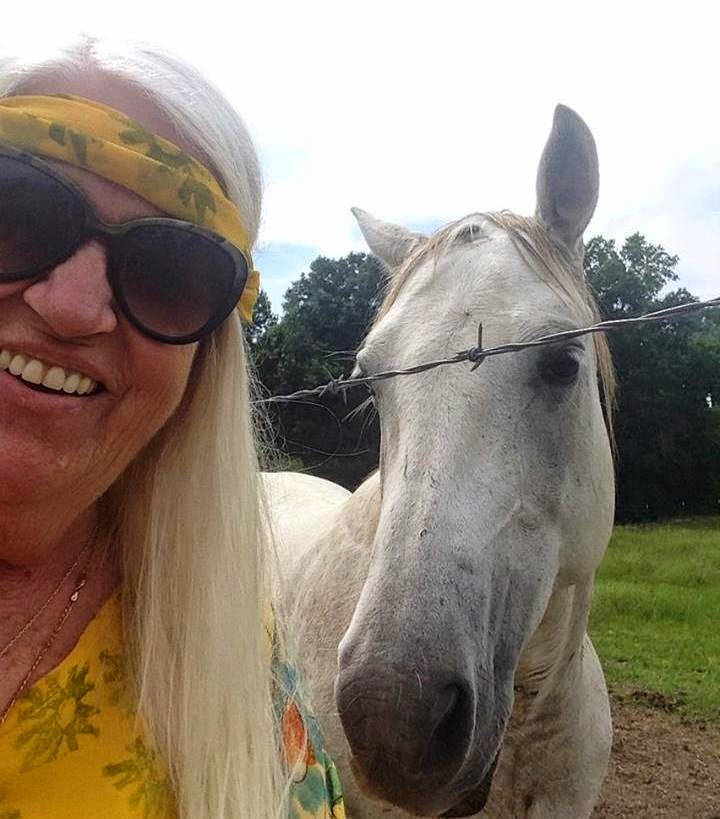 You might find it fun to know that I do have Sassy's gray mare, Strawberry Bliss. She and I share a birthday. Husband Ron and I inherited twelve quarter horses when his father, PawPaw passed. Bliss was a six-month-old filly then. When going through PawPaw's house, I found a little scribble of paper with 'Bingo foaled May 3rd, 2001' written on it. She and I became fast friends. And I still enjoy riding her. We are very good friends! She was thirteen this year, I was (un-hum) fifty-one years older ;) 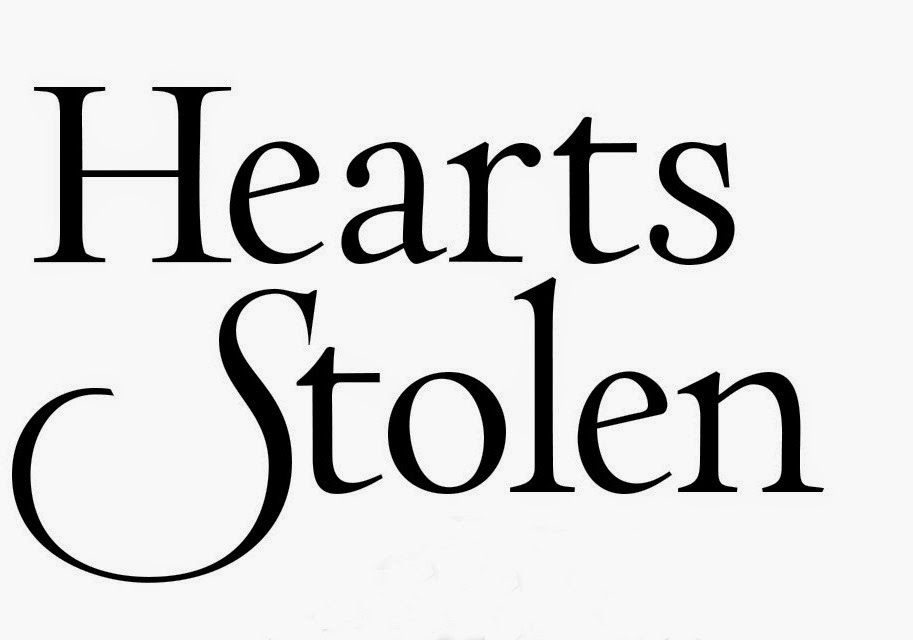 So get ready to enjoy an awesome historical Christian 'western adventure' romance that begins on the Texas prairie near Kickapoo Creek in 1839. Chapter Two jumps five years to 1844. I pray that you'll help me by #1 reviewing it at Amazon and maybe Goodreads - REVIEWS are so very important to authors. Don't concern yourself so much with the synopsis, there'll be plenty of those, but just a few words from your hearts - how much and why you liked (or loved) it :) #2 is tell your friends to get it - especially out of state friends and families. Leave comments on your social media sites and share ones you see that I post. I'm so thrilled that many early readers - including my Daddy who went home July 31 this year - say HEARTS STOLEN is almost twice as good as VOW UNBROKEN. I hope you think so, too!
You can help me! I'm hoping to climb to #1 on DAY ONE in Amazons new releases! 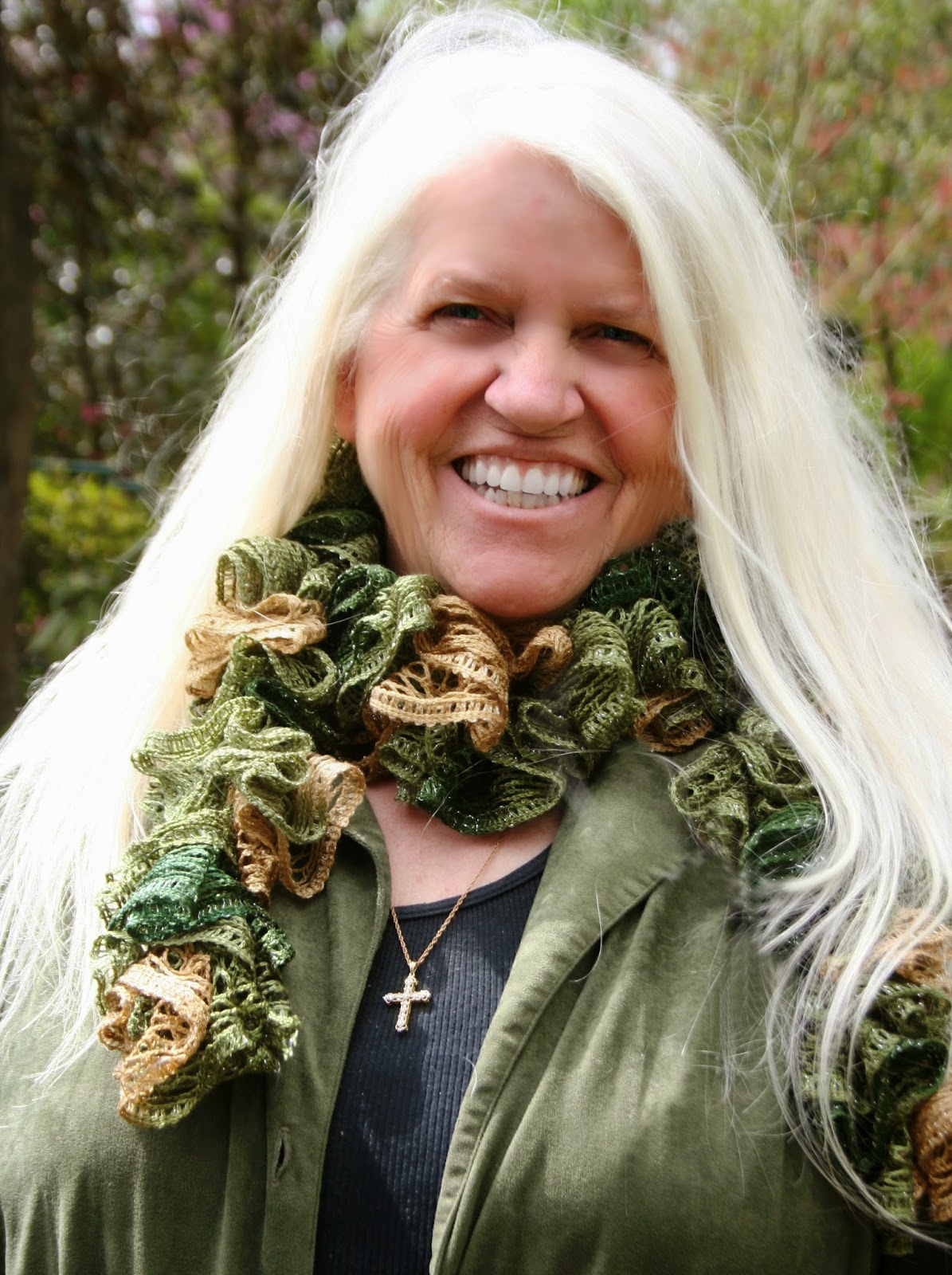 So celebrate with me today! It's a WONDERFUL day for a book to be released into the world.

A writer spends hours and hours choosing just the right words to tell their stories. Historical authors research and look up special words and phrases used in their time period--and ones that were not! For instance, did you know that 'okay' didn't come into use until World War II? And snake-oil salesman, not until the 1890s. One of my early readers said 'wow' was too current a word, but it's been around sine the first decade of the sixteenth century. They know this by searching through old papers, letters, books and the like. All I have to do is google it. And there's a new word. Google as a verb. I don't think you'll see that in HEARTS STOLEN, but in this novel, someone might think another is a little 'blue at the mizen' (haughty) or a man might 'light a shuck' (leave). Fun, right?

It isn't just imagining the story or the setting, keeping the timeline running true, staying in the point of view of the character who has the most emotion at risk during that particular scene, or making sure your sentence structure is varied, your paragraphs don't all start with the same words (proper name, He, She), and that you haven't used the same words too times too close; a Christian writer must be certain that the name of the Lord is glorified, that His vales and principles are extolled. I hope deep in my spirit that I have brought Him closer to you through my characters. 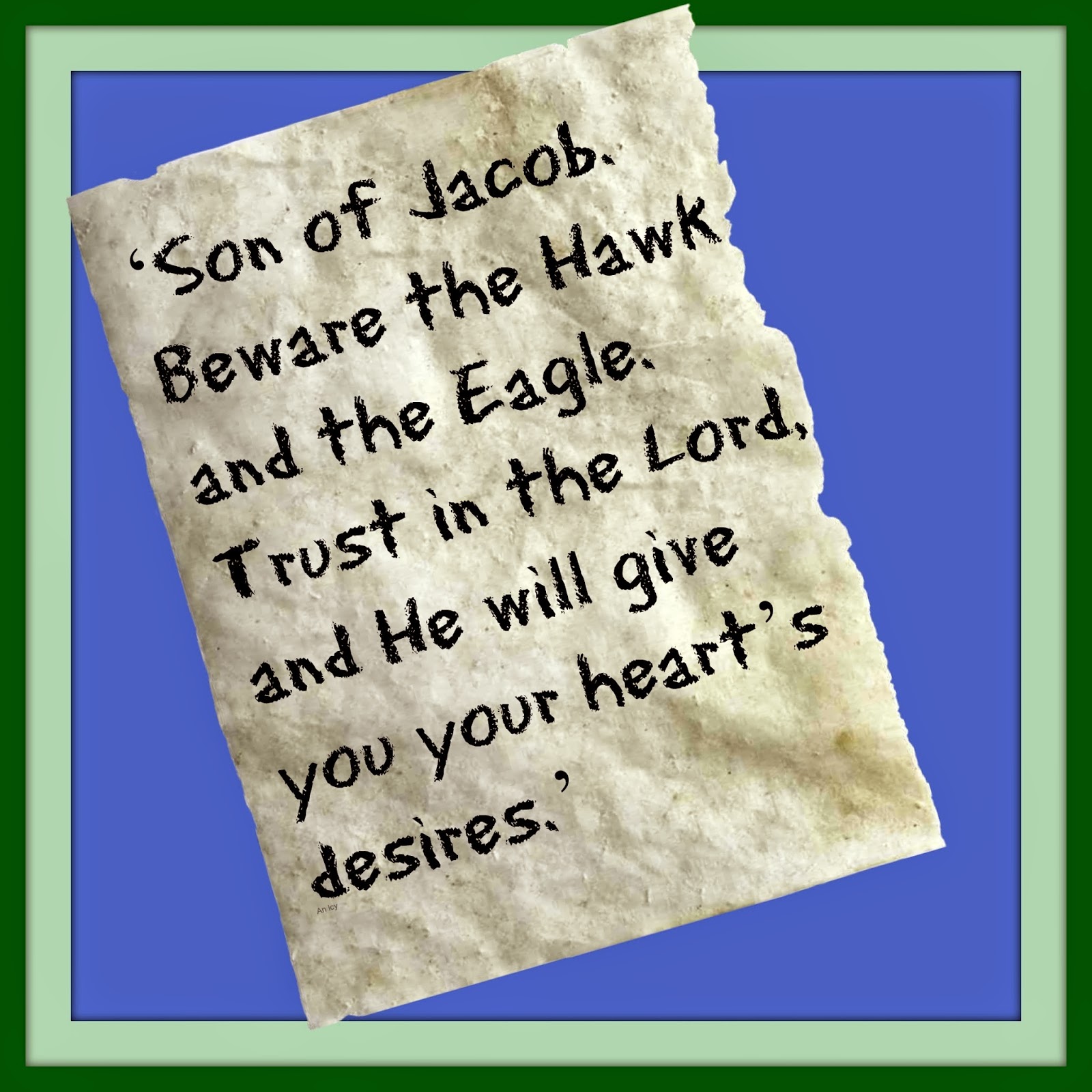 This is a little teaser I worked up to use on my events page (September 10th Virtual Launch Party, stay tuned to Facebook notices) or (September 13, the East Texas BookFest in Tyler Texas at the Junior College there, 9:00 a.m. until 4:00 p.m. :) (September 20th - Barnes and Noble at Stonebriar Mall 2:00 until 5:00 p.m.) and more. You might see other teasers here.

This note was forgotten, but at the right time, God brought it to remembrance. Others depict scenes from Sassy's point of view, one from Charley's, one from Levi's, and one from a very bad man. 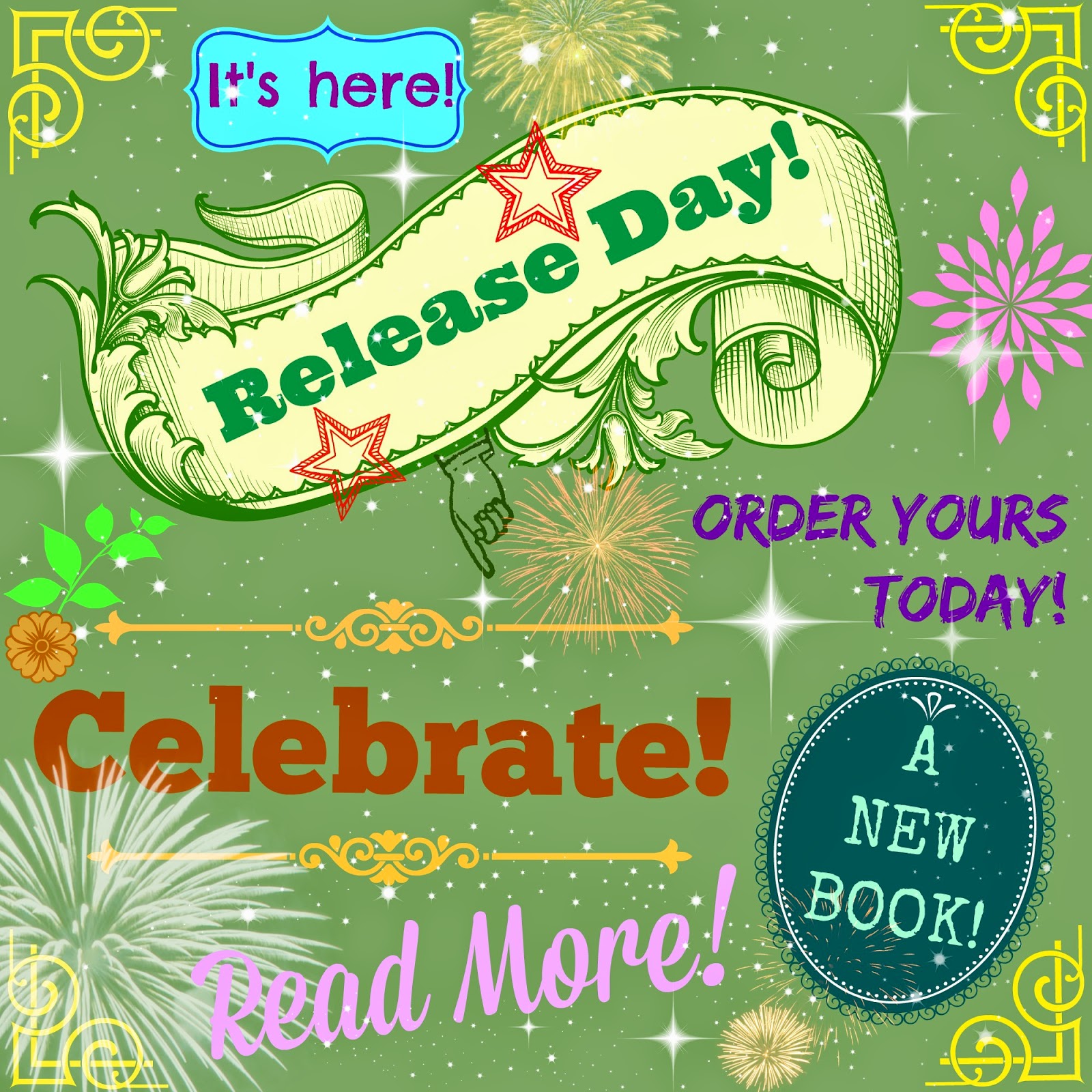 And just in case you didn't purchase your copy yet, and bought one for that birthday present coming up, you can DO IT NOW and I will be so very grateful! Hugs and blessings from Texas!


Posted by Caryl McAdoo at 2:08 AM No comments: